Documentary Filmmaker and Producer for films in Peru

I dare to write this post today because as being close of trying Ayahuasca. I consider my research can be useful to someone that is thinking about to trying.

The last couple of weeks have been quite intense for me. There were lot of problems from the world I was more aware about. Like Animal cruelty as normal business today or poor communities taking the brunt of environmental contamination. It seems as if more suffering of people and animals generate more economic benefits.

I often have been told about the power of Ayahuasca´. That apart from the thing that you vomit in the middle of the session you actually can feel yourself in balance, relaxed, with a new vision of life and things like this. But most important, the plant talks to you or show you things that can´t be explained by words.

So back in my touching days I got to the point that definitely it was the time for me to try Ayahuasca this year. I felt confident that I was being prepared to that moment myself that I even got the telephone number of the shaman someone recommend me to do it. The idea was in there without searching much because what else you would like to find if most important were the good testimonies of people….at least so far all I hear is Ayahuasca can cure anything, from physical to soul…..but…..why this should be so perfect?

A couple of days ago I met the first person who told me a very scary, intense and negative experience after being a constantly consumer of Ayahuasca. For security reasons I will call this person Martin.

I made a google research of Ayahuasca after met him and I found something that put me in creeps.

“Some Westerners have teamed up with shamans in the Amazon rainforest regions, forming Ayahuasca healing retreats that claim to be able to cure mental and physical illness and allow communication with the spirit world”

What exactly means allow communication with the spirit world? Are not black and white magic also involve on this?

Martin is a Polish guy who is settled down in Germany nowadays but he is on travels most of the time. He tried Ayahuasca in his first trip to Peru almost 3 years ago. It was a good experience for him after left a heavy past in his life. With this “illusion” experience of good feeling as he calls it now, every year he kept coming to Peru to try it again and again and each time more intense than the last one. He had even been training to be a shaman. According to Martin, Shaman acts as a connector between plants spirits and human souls. Shaman are the ones that calls the spirits and is just up to them to chose the right ones.

Martin says that most of shamans usually mention Jesus´s name in their prays and sessions in order to call the good spirits of the plants. However it could mean anything. Playing with spirits is just another level of game. Martin realized he hadn’t been cured of anything but on the contrary he started to feel terrible.

He had been involved in sessions with bad spirits all this time. He got intern into the jungle for 3 months in order to be a Shaman. It was based on a life with very basic conditions, almost without food and without talking to anybody. And of course doing Ayahuasca sessions. What He found out this time is that instead of being clean, the shaman was trying to steal his energies. Because yes, as we read it before in Google, Ayahuasca has spiritual connections. How do you explain something can change so easy and fast in a person? For example the cure of a sickness?

Shamans tried to kill him in a deep way after they knew Martin found it out, not just in physical but on spiritual way. Is very hard for him to talk about it now as He knows it might sounds crazy for many people but nobody tells you the bad part of this.

Martin passed very hard days after it and tried to clean himself from such a crazy connections all this time. He even had to go to a priest in order to feel better. Black magic was the answer, something that we don’t think about it when we are looking for Ayahuasca.

According to Martin who had many years consuming Ayahuasca. He doesn’t believe anymore that shamans use good energies or make connections with good spirits. You might feel better at that moment, but the price you pay for it is very high and you will never know!.

The shaman never tells you that you are making an agreement with a spirit forever. Martin believes that not many of the shaman knows this  and in most of the cases they act with good intentions thinking that Ayahusca is something positive for anyone´s life.

Martin learnt a lot after it and he believes that the way of being a better person is just up to him and his mind. Martin feels as a new born person today and wants to advice people who are thinking to try it as this is not a human level of experience and really bad things are involved in this.

With all this I can see there are many ways that can take us to the level of peace and balance we are looking for.  He says…It could be meditation, it could be motivation but also could be drugs and Ayahuasca. All of them have their own ways of working inside us and is just up to us to chose the right one. Ayahuasca or drugs could be the fastest but never the best ones. Playing with a second world or depending by something else is playing with fire.

A piece of Martin´s words:

My dear friends, many of you know that I have been deeply into the work with AYAHUASCA, because I have talked about it to many of you, have recommended it (with best intentions always) and also made some posts about it here on facebook in the past. Therefore I see it as my responsabilty to set things right and tell you that I do NOT RECOMMEND it any longer but actually strongly advise against drinking it. Thousands of foreigners come to Peru each year to drink Ayahuasca and most of them leave feeling much better, relieved, refreshed, stronger, more spiritually developed etc., etc. BUT all of these supposed-to-be benefits come with a very high price and I am not talking about money. The price is compromising one´s heart and soul to forces one does not have any idea about and is simply not aware of. Just recently many things got revealed to me and I was allowed to see more than I actually could handle at a time. After coming to Peru for 3 years and doing a lot of ceremonies and some serious dieting (the way to learn to become a shaman) I am out of this game forever. Thanks to God, because He has opened my eyes and my heart, has saved my life, liberated me from all the evil that has been done to me and has given me a new life in which I don’t need any plants, substances or intermediaries to connect to Him, the highest and only true medicine, in the purest form, straight from my heart. Thank you all for understanding that I will not discuss this very sensitive topic, especially not openly on facebook But if anybody needs help to clean out spiritual damage or leaving this path feel free to get back at me. With lots of LOVE 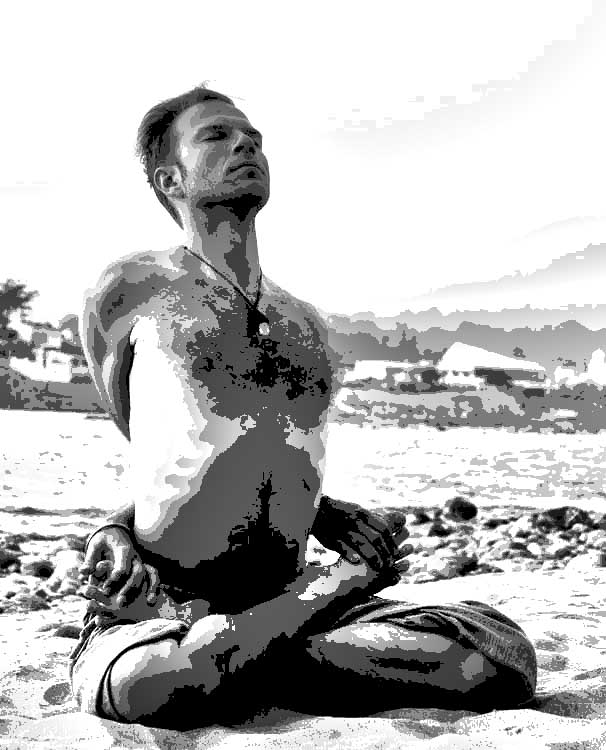 Women also can be fishers

This dance school in Lima, Peru, offers free classes to at-risk youth. And so far, it's helped over 100,000 kids avoid the dangers of street life.

Do anything you want!