For international TV and directors

These are reviews and messages from clients I have worked with.

May 2022: Netherlands. Arie Van Der Hamsvoort – Director of series for Warner Bros Netherlands (I was the researcher and fixer in the Peru and Beto Silva with Hernan Miscione were in charge of the route) 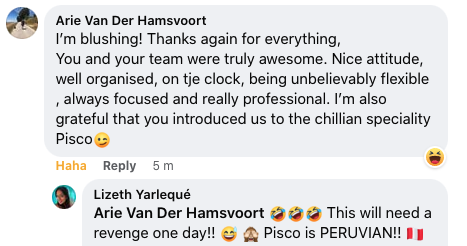 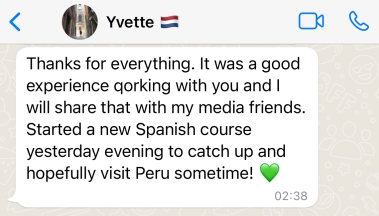 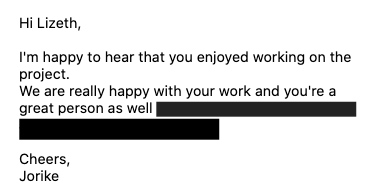 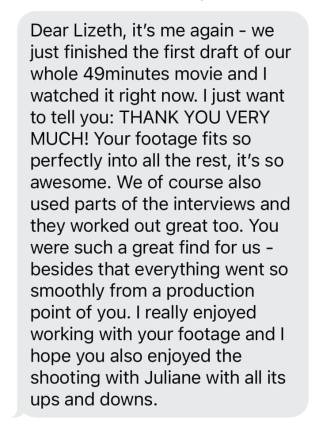 April 2021: USA. Maya Pisciotto- Editor at The Under Story 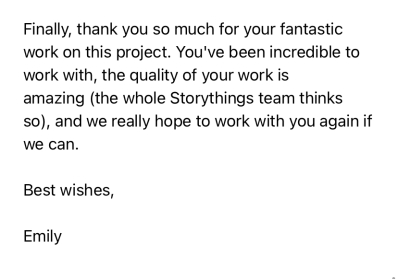 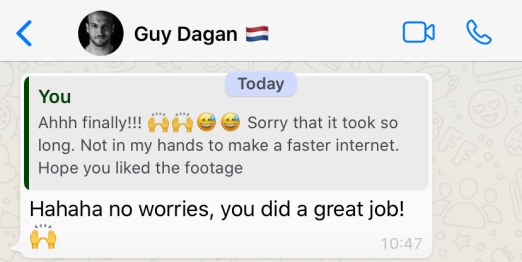 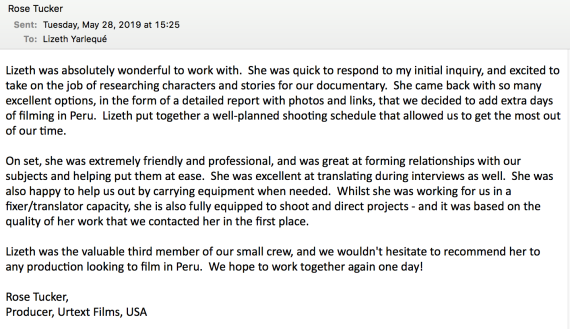 (ENG)
‘I contacted Lizeth a little before my arrival in Peru for a very specific profile of a person I was looking for to star the next part of my documentary The LAST. In just four days I had located three different options in one of the most remote areas of Peru.
We made the whole recording together and Lizeth was brilliant. She has empathy, enjoys what she does and provided valuable ideas throughout the process.
It was a pleasure to work with her and I hope to do it again in the future!’

New article of about the stories you can film in Peru and Latin America! 🇵🇪🤗❤️
A few nights ago I watched this amazing dancer of ‘the scissors dance’ from Peru 🇵🇪🤗
Sometimes you just need to let that life surprises you!! 🤗 My trip to Cusco was ‘planned’ for 1 week (mainly for work) and it ended to be 2 and half! 😅😅😅
Quinua, Quinua and more organic Peruvian Quinua 🇵🇪 for the world!! 🤗🤗🤗🤗
😍❤️🇵🇪
Mr. Victoriano, the leader of the construction of ancestral inca bridge Q’eswachaca is the happiest person when he plays his ‘charanguito’ ☺️❤️🇵🇪
Follow Filmmaker & fixer production for documentaries in Peru – Lizeth Yarlequé on WordPress.com
Loading Comments...
%d bloggers like this: